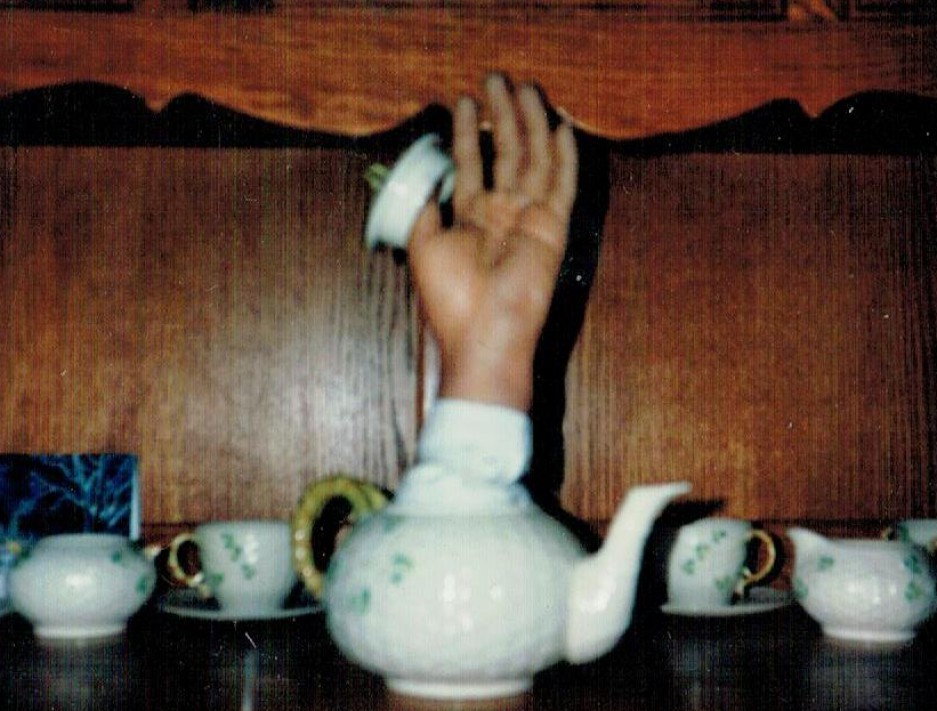 Well, I guess the word is out. THE SOW-BEARS ARE COMING FOR US ALL!!!

(Brought to you by a typo in a newspaper article. We *think* they meant to say “some bears” but you can’t really be too sure in Wacky Wilkes-Barre.)

After warning everyone about the sow-bears, I did manage to play some music, including some requested Inspiral Carpets, which was all kinds of awesome.

Dr. Ham was not able to stop by today, pre-occupied with the nefarious goings on at Castle Ham. But he will be on the air Friday with Dr. Ham’s Dance Party a little after 8pm.

(For those of you who have no idea about any of this, or why I post a playlist every week, I host a volunteer radio show called the Not-So-Hectic Eclectic from 1p-3p Eastern at WRKC. Requests via social media can be made at #radiofreereggie, or just poke me through the usual channels. The station identifies as alternative, I play a mix of stuff from the Beforetimes (90s) and now.)

Richard Ashcroft – Song for the Lovers

Inspiral Carpets – This is How it Feels

Courtney Barnett – An Illustration of Loneliness (leepless in New York)

Apples in Stereo – The Bird That You Can’t See

Hefner – I Took Her Love For Granted

Letters to Cleo – Here and Now

Lunachicks – Throwing It Away

Two Gallants – We Are Undone

Ezra Furman – Hark to the Music

Wooo! It was a social, social show today! Dr. Ham came by to report on goings on at castle Ham and lament the death of genre icon Christopher Lee.

And listeners got to meet our new victim… I mean volunteer at WRKC studios. Call will be joining air staff on Wednesdays. We have a lot of musical tastes in common, so his show is bound to be good. Also, he displayed his skill at accents…

The Animals – We Gotta Get Out of this Place

Algiers – But She Was Not Flying

Mirel Wagner – To the Bone

A3 – Woke Up This Morning

Wolf Colonel – Moral of the Story

Twerps – Back to You

Me First and the Gimme Gimmes – Rainbow Connection

No guests this week, but there was plenty of music and that is always good.

Iggy and the Stooges – Gimme Danger

Robyn Hitchcock  – Sometimes I Wish I Was A Pretty Girl

Spacehog – Cruel to be Kind

The Raveonettes – Killer in the Streets

…and for today’s show we were once again joined by Dr. Ham and we discussed the goings on at Castle Ham and SCIENCE! by way of time travel.

Go Betty Go – By Your Side

Lenny Kravitz – Are You Gonna Go My Way?

Spoon – Waiting for the Kid to Come Out

Self – What a Fool Believes

The Dead Milkmen – Now I Wanna Hold Your Dog

*A Dr. Ham and Reggie Pot-Luck Jam – We Are Scientists – Make It Easy

…and another fine day it was at the WRKC studios. The station is working on a super-secret mellow show which will have little stingers and liners with my voice, though I am not hosting it.

Yesterday and during the show today I was in search of a hashtag to use as short hand for the show and I am pleased to say that WE HAVE A WINNER.

So that will be the social media shorthand from here on out for the Not-So-Hectic Eclectic. Use that to tell me about a band, ask for a request, or tell me about skunk ape sightings. Not that I’ve seen any skunk apes in Wilkes-Barre, but you never know. Wilkes-Barre can be pretty wacky sometimes.

For the moment, let us dive into the playlist!

Greg Garing – Walk Away From Me

Well… as usual today’s show when by pretty fast. We were joined this week once again by Dr. Ham and the mysterious Silent Guest! Thanks to everyone who tuned in and made requests!

(If you’re new to the existence of the Not-So-Hectic Eclectic, it is a radio show I do as a volunteer at King’s College over the summer. This year, it is Thursday from 1p-3p Eastern. It features a mix of new music, and music from the 90s. Oh, and it can be heard at wrkc.kings.edu )

Matthew Sweet – Sick of Myself

The The – This is the Night

Christina Musumeci – I Bit the Apple

Presidents of the United States of America – Peaches

Marah – My Heart is the Bums on the Street

Luscious Jackson – Under Your Skin

Charles Ramsey – So Much Better Off

Me First and the Gimme Gimmes – Rainbow Connection

Alice In Chains – Would

Hefner – The Hymn for the Cigarettes

They Might be Giants – The Statue Got Me High

Andrew Jackson Jihad – Do, Re, Mi

Furslide – Over My Head

Hey everybody! Today’s show marked the broadcasting debut of Trevor Strong’s Aliens in the Soda Machine and Other Strange Tales. I was joined in the studio for a little while by Dr. Ham (of Dr. Ham’s Dance Party). He gave the song two thumbs up! Yay!

Anyone out there in the blogosphere know a song by a band with something about the word postal in the name and has stuff about the moon landing in it? Asking for a listener… Dr. Ham and I wracked our brains and could not figure it out.

The Velvet Underground and Nico – Waiting for the Man

Trevor Strong – Aliens in the Soda Machine and Other Strange Tales

Jim Jones Review – The Princess and the Frog

Squirrel Nut Zippers – The Suits are Picking Up the Bill

Tom Waits – Come on up to the House

Letters to Cleo – Here and Now

Jill Sobule – The Jig Is Up

Drive By Truckers – Made Up English Oceans

Peggy Sue – The Shape We Made

Joan Jett and Paul Westerberg – Let’s Do It

Beta Band – Around the Bend

Hey everybody! This is just a heads up that the radio show I host as a volunteer over at WRKC begins today from 1p-3p Eastern. I’ll be there over the summer, rockin and rollin and what-not, Thursdays (1-3p) playing a mix of new music and 90s tunes. Occasionally there will be interviews, but today, this first day of the return to the show it is all about the songs. I’ll be posting playlists here at the blog after each show, so if you tune in and miss the name of an artist or song that you like, you’ll be able to find it.